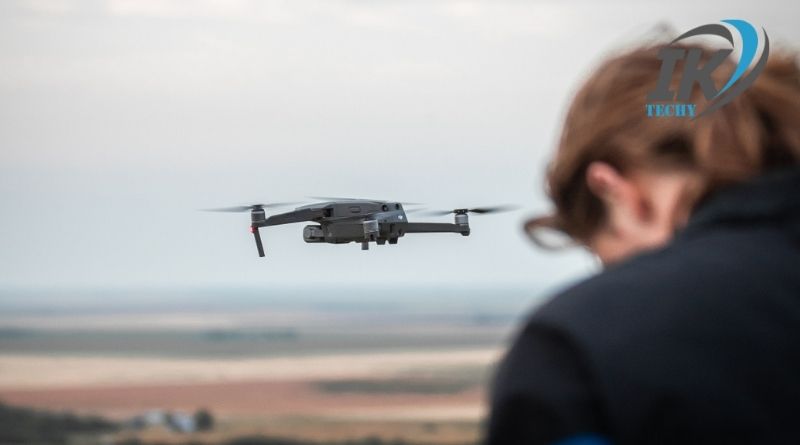 Drones, a.k.a. Unmanned Aerial Vehicles (UAV), are a relatively new invention, with the technology only becoming popular within the last few years. Fad or not, the technology is here to stay and it has a lot to offer, specifically to small business owners. In fact, the situation is so appealing, that the FAA has recently changed its stance on the use of UAVs for commercial use.

Now, if you are a little sceptical about the benefits you can get from using a drone, we can’t blame you. However, the benefits are actually quite vast, especially for small business owners. For example, drones can be used to improve your photography and videography skills (if you are one of those business owners that still opt to take your own photos and videos); they can be used to monitor your property (if you own a business with a lot of property to manage), and they can even be used to make deliveries to your customers (if you own a store). The list goes on and on as far as benefits are concerned, but we’ll get into more detail soon.

Are Drones Worth The Investment & What To Look Out For?

Drones are one of the hottest, new consumer electronics on the market. They’re also very popular for marketing purposes. Drones, also known as Unmanned Aerial Vehicles (UAVs), were originally designed for military purposes. The technology has been adapted for consumer use over the last couple of years and it has become a very popular hobby.

This popularity has also allowed the technology to become more accessible to the average consumer.

The Future of Drones For Small Business Owners & How To Get Started.

Drones have come a long way in a very short amount of time. Not long ago, drones were a quirky little gadget that hobbyists got to toy around with. They were expensive and not very reliable, but as technology progressed, drones became more affordable, more durable, and more widely available.

To think that drones were once only capable of carrying a small camera is astonishing when you think about some of the high-tech drones available today. Not only are drones capable of carrying cameras, but they can even carry a payload. Many drones are now capable of carrying things like medicine, food, and even a person. They are capable of doing all of this while flying hundreds of miles in a single trip. Now, it’s not just hobbyists who have access to drones, but small business owners as well.

Why small business owners should be using drones.

When you think of drones, you probably think of the military or a hobbyist flying a quadcopter over a pond. That’s how drones were viewed a few years ago. But drones are changing in a big way. The drone market is growing at a rapid rate and is expected to see a compound annual growth rate (CAGR) of over 100% from 2016 to 2020. It is predicted that the market will reach $11.2 billion by 2020.

How to get started with drones for your business?

When you think of drones, you probably think of a hobbyist flying a small remote-controlled aircraft around the backyard. However, there are a number of commercial applications for this technology, from aerial photography to infrastructure inspection to search and rescue.

If you’re thinking of getting into a drone-based business, there are a lot of factors you’ll need to consider. Are there any regulations to abide by? How can you prevent your drone from colliding with other objects? How will you keep your drone from falling out of the sky? As the industry develops, more and more companies are getting involved.

What business use cases can drones be utilized for?

It is no secret that drones are one of the hottest trends in technology today. While they are most well known for their military use, drones are beginning to be used for a variety of commercial applications. With an increase in the number of drones being flown, the question is being asked, which businesses can use drones for commercial use?

Drones have not just made headlines in the news for the wrong reasons. They have also changed the way small business owners do things. Most people don’t know that drones have been used for years to survey land for farm work or for taking aerial photographs of large areas.

Drones have been used for some time to do things like: Clean windows, inspect roofs and solar panels, quickly deliver items and also track and monitor animals. The truth is, drones can be used for so many things. If you own a small business, drones can help you to monitor land and property, to gauge traffic and much more.

The Need for Drones in Business

Drones are a hot topic in the news these days, especially for businesses. The fact that a drone crashed onto the White House lawn this week has only added fuel to the fire. But the reality is that drones are more than just a fun little toy for the rich. They have a lot of potential for businesses, especially when it comes to these industries. Construction