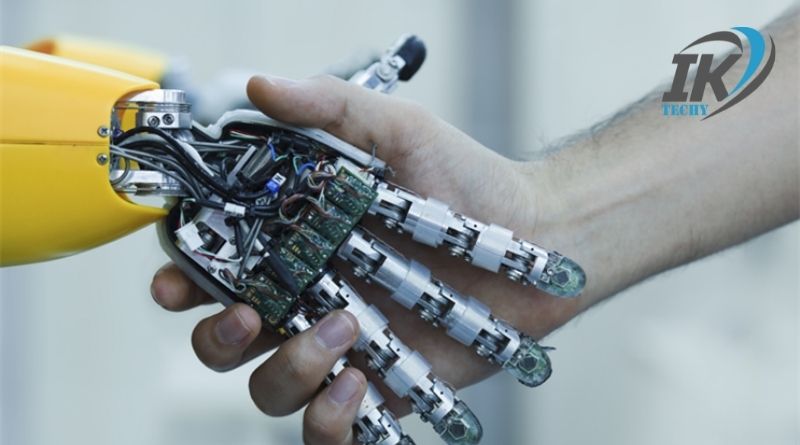 The modern robot has come a long way from its Industrial Revolution beginnings, capable of performing increasingly complex tasks both in factories and in the home. In fact, by some estimates robots will be able to perform any task better than humans by 2025. To put that into perspective, it’s estimated that each household will have on average four robots doing housework by 2030. But how will smarter robots affect you? And why are they getting smarter? Let’s take a look…

Robots in the factory

working alongside humans to improve productivity : As manufacturers seek to compete on efficiency and speed, one area of focus is on industrial robots. These machines have been a mainstay in assembly lines for decades, but they’re now being applied in more innovative ways to help businesses boost productivity.

New generations of robots are being created that can work closer with human workers, increasing safety by providing insight into dangerous situations. Smart factory applications also give employees an immediate view of daily workflow, helping streamline operations for increased profitability.

Industrial robots have proven themselves time and again as highly efficient at completing tasks in high-volume production settings—but soon we may see even greater collaboration between man and machine, making robots even better at their jobs.

Robotics and artificial intelligence technologies have already started impacting our daily lives. Robots in homes, like vacuum cleaners and lawnmowers, have become normal fixtures around many people’s houses. Autonomous car technology is being tested on public roads in several countries.

A number of universities, as well as companies such as Google and IBM, are exploring a new generation of robotics platforms aimed at giving robots greater situational awareness through artificial intelligence—the next evolution towards putting robots into every aspect of our lives. This capability may sound futuristic, but it’s right around the corner: Scientists say fully autonomous consumer robots could be available within 5 years or less.

If you’ve never seen a robot at work, then count yourself lucky. To be sure, robots are often used in dangerous situations and places where humans can’t operate. But more and more, they’re being deployed to improve productivity and spur growth across industries. The reason is pretty simple: they make us more productive. And why wouldn’t we want that?

Another way robots are becoming intelligent—and therefore, useful—is through advances in artificial intelligence (AI). In some ways, AI makes them more autonomy. For example, Toyota is working on adding an AI layer called Yui to its existing range of industrial robots; these bots will be able to understand spoken commands better and complete complex tasks with greater accuracy than they currently do.

The low-cost AgBot mkII, developed by researchers at the Australia’s Queensland University of Technology, is a lightweight agricultural robot that can be controlled with a smartphone. Equipped with a sensor-based navigation system, an on-board camera and LiDAR laser scanner, the robotic farmer can be programmed to check soil pH and moisture levels in real time. The university has also partnered with Deere & Co., Ford Motor Co., Kubota Corp. and others to develop an autonomous farm tractor for use by 2020. Its main goal: To increase farmers’ productivity while protecting their safety.

How will they change our lives in the future?

Industrial robots have been around for decades and are used in many different environments. Now, however, they’re set to transform once again—and we couldn’t be more excited. Robotics companies like Google-owned Boston Dynamics Inc. (BDI) and Jibo, Inc. are exploring new ways to make robots a part of our everyday lives; here’s why their efforts matter.

ABB, FANUC, Kawasaki Robotics, KUKA, and Yaskawa. Other robotics companies to watch: Euclid Analytics, Applied Robotics & Automation Corp., iRobot (which makes Roombas), Blue River Technology (which makes a weed-killing robot for farmers), and others. This list is by no means exhaustive. Interested in learning more about robots? Here are some links to resources that might be useful: • The state of industrial robots • Robot definition • How robots work • Robot videos on YouTube.

Tags: Robots are getting smarter - how will it change your life? Robots at home Robots at work

May 11, 2022
What You Need To Know About Installing Outdoor Electrical Junction Boxes

What You Need To Know About Installing Outdoor Electrical Junction Boxes

What Is The Importance Of An SEO Company For Your Business?

What Is The Importance Of An SEO Company For Your Business?

Fun Things to Tryout at the Beach

May 19, 2022
Reef Fishing Charters: A Guide to The Techniques

Reef Fishing Charters: A Guide to The Techniques

May 18, 2022
5 ID Verification Methods Businesses Can Use To Stay A Step Of Criminals

May 14, 2022
Implementing New Methods Of Age Verification For Minor Protection

15 creative ways to use yard signs