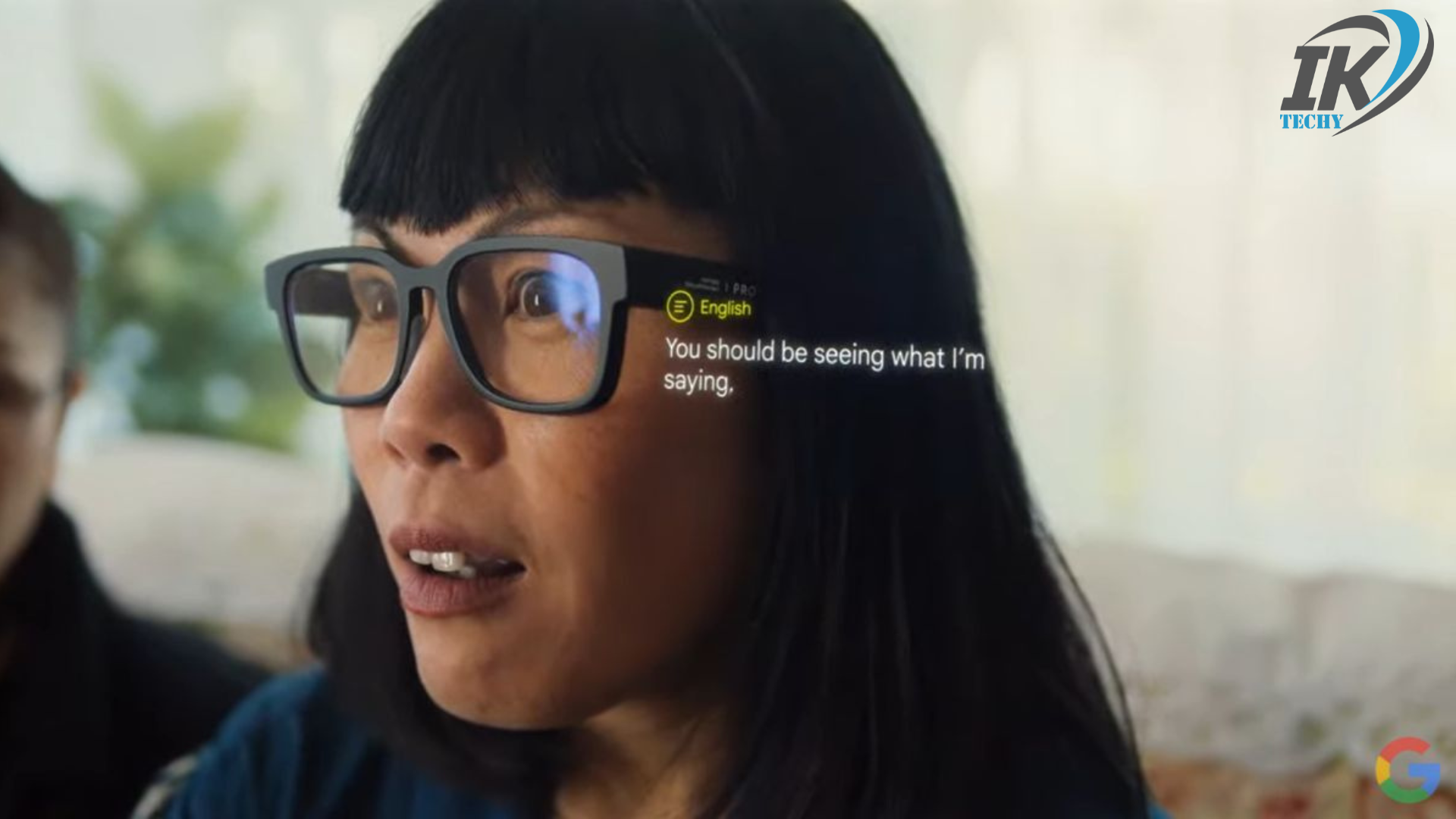 Google blew us away at this year’s I/O conference by unveiling an amazing new technology that will forever change how we communicate with people around the world: live-translation glasses. With the help of an app and paired smartphone, users can simply point to the text they’d like translated and boom! Glasses instantly translate any text they see in front of them into the language of their choice. It’s amazing how Google continues to push the limits of our tech in ways we never thought possible.

Google’s new live-translation glasses blew my mind at I/O! Not only are they sleek and stylish, but they also have the ability to translate multiple languages in real-time. With these glasses, you can easily communicate with someone who speaks a different language. And the best part? They’re available for purchase later this year! The team introduced the live translation glasses during the keynote by having two people speaking English and Spanish walk on stage and speak their sentences at each other. As soon as one person finished speaking, their words would be translated into their native language on screen in front of them while simultaneously being translated into English in front of the other person. It was such an amazing sight that both audience members clapped after they walked off stage! This is just a taste of what it will feel like when the world is connected, said Sundar Pichai, CEO of Google. The beauty is that it won’t even matter where you are. You’ll still be able to connect and understand one another no matter what your location or native tongue. We’re so excited to see how live-translation glasses can help bring us closer together!

The Google Glasses use a built-in camera to see what the user is looking at. This information is then sent to the cloud, where it is translated using Google Translate. The translated text is then sent back to the glasses, where it is displayed on a tiny screen in front of the user’s right eye. When wearing the glasses, the wearer can simply look at someone and hold up their hand to ask for help translating. They can also choose not to speak at all and instead just point at something they want to talk about – they’ll be given options for how they want to translate what they’re pointing at from various languages, including Arabic and Hindi. The idea behind this product is that people will have increased access to other cultures by being able to effortlessly translate words without ever needing a translator or language skills themselves.

This product has been under development for more than two years and was finally unveiled during Google’s annual developer conference on Wednesday morning (June 27).

Despite the impressive technology, there are several limitations to the Google Translate system. First, it can only translate a few languages. Second, it requires an Internet connection to work. Third, it can only translate spoken words, not written ones. Fourth, it is not very accurate, and often mistranslates words or phrases. Fifth, it is not always reliable and may stop working in the middle of a conversation. Sixth, it is quite expensive, costing around $1500 per pair of glasses. Finally, it is still in the early stages of development, and so is not yet available to the general public.

When could this be used?

Imagine you’re in a foreign country and you want to order a coffee. You put on your Google glasses, which are connected to the internet, and say coffee into the built-in microphone. The language software translates what you said and displays it in the native language on the tiny screen in front of your right eye. The barista understands what you want and gives you a delicious cup of joe. Once you’ve finished your drink, you might want to buy some new clothes while you’re here! But how do they size things? You see a pair of pants and ask the price. Again, by wearing your smart glasses and speaking in English, this time with an Italian accent, the device tells you that those pants will cost about €100. You find out that most prices are denominated in Euros or US dollars but if you have any questions about something else like currency conversion rates or when the best time is for shopping based on weather conditions, there’s an entire set of helpful information on just about anything Google can think of for travelers who need help communicating their needs abroad!

The future of translation is now

Google’s new live-translation glasses blew my mind at I/O. These glasses will be able to translate any language in real-time, which is an incredible feat. The future of translation is now, and these glasses are just the beginning. With this technology, we’ll be able to communicate with anyone in the world, regardless of language barriers. This is an amazing step forward for humanity and I can’t wait to see what else Google has in store for us. We all want to break down those barriers that separate us from other cultures, languages, and beliefs – and it looks like Google wants to help make that happen too.

Just think, you could be in a meeting with people from all over the world, each speaking their own language. But thanks to Google’s new live-translation glasses, everyone can understand each other. It’s an amazing technology that is sure to change the way we communicate. And it would be especially helpful for those of us who don’t speak another language fluently.

The only downside? The cost! You’ll have to pay $225 for the base model and it will cost $600 for the most advanced one on offer. There are some promising apps that do similar things without having to buy any fancy hardware (like MobileTrans), but they may not be as effective as what Google is offering. Still, it’s really cool stuff.