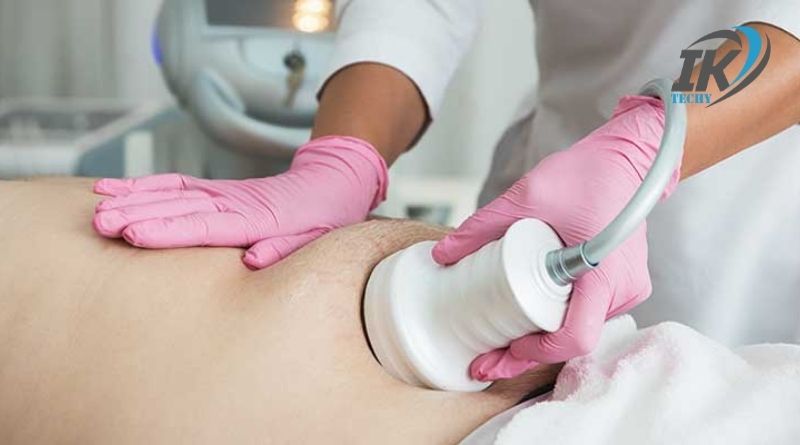 The ultrasound equipment may feel like a soothing massage during a lipo cavitation session. While some people report tingling or sensitivity, it is a painless and harmless process. Tissues, cells, and organs in the immediate vicinity are unaffected.

What to Know About Ultrasonic Cavitation

Ultrasound cavitation machine, also known as ultrasonic cavitation, is a technique for breaking down fat cells beneath the skin using ultrasound technology. It’s a non-surgical way to get rid of cellulite and fat in certain areas.

Ultrasonic vibrations are used to apply pressure to fat cells during this technique. The pressure is strong enough to cause the fat cells to disintegrate and become liquid. The body can then excrete it as waste in the form of urine.

Fat cells that have been broken down travel from the body to the liver, where they are expelled as waste. This treatment is used in conjunction with other weight loss treatments to aid in the removal of extra fat. It is a better way to get rid of body fat than other invasive procedures. It’s vital to remember that if you eat a high-calorie diet, your weight may return.

How Does it Work?

Ultrasonic cavitation uses radio frequencies & low-frequency ultrasonic waves to tone the body. Bubbles occur around fat deposits beneath the skin as a result of these waves. The fat deposits are then broken up by the burst bubbles and evacuated through the interstitial and lymphatic systems. Glycerol & free fatty acids are formed from fat stores. The body subsequently recycles glycerol, while free fatty acids are transported to the liver and eliminated as waste.

Because the technique is tailored to the needs of each individual, it may take longer for some than for others. However, depending on the treatment, the typical treatment must be completed in just to three sessions without two weeks between each session. Each session lasts between 45 and 75 minutes. The results of ultrasonic cavitation take roughly 6 to 12 weeks to appear.

Which body parts are best for ultrasonic cavitation?

Ultrasonic cavitation works the best in areas where fat is concentrated. The abdomen, flanks, thighs, hips, and upper arms are examples of such places. Body components such as the head, neck, and other bony portions of the body are not suitable for this surgery.

Ultrasonic cavitation helps to reduce fat deposits in the body that are difficult to lose through exercise alone. This method, however, cannot be utilized as a stand-alone weight-loss treatment. Cellulite and adipose fat are best reduced with ultrasonic cavitation. This improves the form and contour of the body while also reducing circumference.

Following the cavitation operation, it is critical to eat a low-calorie, well-balanced diet and exercise regularly. This will aid in weight loss and the treatment of problems such as prediabetes in obese women.

Individuals with stable BMI levels (18.5kg/m2 and 24.9kg/m2) and women with fat around the abdomen are candidates for ultrasonic cavitation therapy. The following people should not have the operation done:

May 24, 2022
Reef Fishing Charters: A Guide to The Techniques

Reef Fishing Charters: A Guide to The Techniques